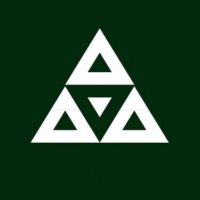 The cannabis company said $22 million Organigram shares were received at closing, and up to $13 million more will be received on achieving earn-out milestones

AgraFlora Organics International Inc () () (FRA:PU31) has said it and its shareholders have struck an agreement to sell The Edibles & Infusions Corporation (EIC), an entity in which AgraFlora owns 43%, to Organigram Holdings Inc (TSE:OGI) (NASDAQ:OGI) for $35 million.

The Vancouver, British Columbia-based company which grows, distributes, and markets premium cannabis and cannabis-infused products, said that the EIC transaction “strongly positions” AgraFlora with its net share of up to $35 million in aggregate proceeds as it continues to evolve its competitive strategy within the changing global cannabis industry.

“AgraFlora and Organigram have enjoyed working towards the closing of the EIC Transaction,” AgraFlora CEO Elise Coppens said in a statement.

Coppens noted that the EIC facility was designed to handle both smaller-batch artisanal manufacturing and, “more importantly, large-scale nutraceutical-grade and high-efficiency production with view to gaining EU GMP certification.”

“Organigram found the facility’s design and flexibility attractive, while AgraFlora is now better positioned with its net share of the transaction proceeds to explore new opportunities, potentially in the United States,” added Coppens. “As such, we view this transaction as truly mutually beneficial.”

The gross purchase price receivable by AgraFlora and the other shareholders on closing of the EIC transaction is $22 million, receivable in full by the issuance of 5,045,872 common shares of Organigram based on its closing price of $4.36 on April 5, 2021.

On satisfaction of certain milestones, Organigram will issue up to an aggregate of an additional $13 million of its common shares to AgraFlora and the other shareholders. The number of common shares will be determined on achieving each milestone.

AgraFlora's board has approved the EIC transaction. Milestone payments to be received in shares of Organigram will be priced at the closing price on the Toronto Stock Exchange on the day prior to settlement.

“The EIC transaction has received approval from the TSX and has also received customary conditions and approvals from Organigram’s senior lenders,” said the company.