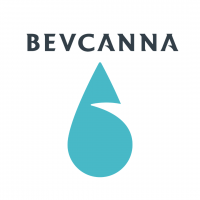 John Campbell, chief strategy officer for BevCanna said the partnership with Keef Brands is a "fantastic opportunity for BevCanna"

BevCanna Enterprises Inc () (), a dominant player in the infused cannabis beverages industry, said Thursday that its partnership with award-winning Keef Brands positioned the infused beverage operator “very well for rapid growth” within the US market in anticipation of “positive federal regulatory reform” aimed at US federal cannabis legalization.

Cannabis is a bipartisan issue that will be a pivotal election issue in November. Before the coronavirus pandemic and election season amplified political turmoil in Washington, it almost seemed like US elected officials were working together on bi-partisan cannabis legislation.

Meanwhile, BevCanna said its North American agreement with Keef Brands leverages the strengths of both companies “to full advantage.” BevCanna will act as the exclusive licensee, manufacturing and distribution partner to the award-winning US line of Keef infused drinks for the Canadian market, and will use the large Keef US manufacturing and distribution network to access the US cannabis market. The US has more than 1,000 dispensaries and delivery services across Colorado, California, Arizona, Nevada, Michigan, Oklahoma, and Puerto Rico, said the company.

READ: BevCanna says it is on track for very strong fourth quarter and 2021 after Pure Therapy Products acquisition

"This partnership with Keef Brands is a fantastic opportunity for BevCanna," said John Campbell, chief strategy officer for BevCanna. "Keef's robust US manufacturing and distribution network will be a significant asset to BevCanna's expansion plans in the US and BevCanna's expertise in the Canadian infused beverage market will build Keef's Canadian presence. It's a strong combination, with excellent potential for both companies.”

Keef Brands currently has six of the top ten bestselling cannabis drinks in Colorado, as well as three of the top ten selling ones in California, according to a Headset Insights report. In addition, market research firm BDSA ranked Keef second in the US in units sold among all cannabis beverage companies.

“As more clarity develops around cannabis regulations in global jurisdictions, including the US, BevCanna will leverage the extensive network that propelled Keef beverages to its position as #2 beverage brand to scale distribution of their ready-to-launch house beverage brands,” the company said in a statement.

BevCanna debuted Anarchist Mountain last year. The name was inspired by the site of BevCanna’s bottling operations, on Anarchist Mountain. The brand includes a range of THC-dominant ready-to-drink beverages, shots, and powdered drink mixes, with a flavour nod to the plants found throughout the Pacific Northwest. The Anarchist Mountain and Grüv brands focus primarily on the recreational market. BevCanna will also launch the Keef Brand across Canada over the next two quarters.