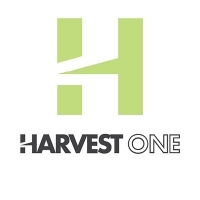 The cannabis-infused consumer packaged goods company had assets of $15.87 million as of March 31, 2021

Harvest One Cannabis Inc () (OTCQB:HRVOF) has posted fiscal third-quarter results that show significant improvements in the company’s operating performance and financial position, including revenue that grew 7.3% year-over-year as the company kept a tight grip on costs.

For the period ended March 31, 2021, the Vancouver-based cannabis-infused consumer packaged goods (CPG) company reported revenue of $2.02 million, compared to $1.88 million in the fiscal third quarter of 2020.

Harvest One chalked up the revenue gain to a “continuing transition from cultivation to CPG products.” The company has been successful with its premium wellness and self-care products, including LivRelief and Dream Water products, which focus on the sleep and pain markets.

READ: Harvest One expands LivRelief portfolio with the launch of its Extra Strength Transdermal CBD Cream

The company also reported a 37% gross profit from continuing operations during the quarter. “This increase is driven by continuous operational improvements and cost control initiatives over the last nine months,” it said.

Harvest One had current assets of $15.87 million and liabilities of $8.66 million as of March 31, 2021. “Further reductions of current liabilities remains an area of focus in the short to medium term,” noted the company.

"Our third-quarter financial results reinforce the continued improvement of the company's operating performance and financial position," Harvest One CEO Gord Davey said in a statement. "Management's continued focus on targeted sales, marketing, operational improvements and cost reductions, is reflected in considerably improved profit margins and bottom-line results on a quarterly year-to-date basis. We will build on this positive momentum."

During the quarter, the company executed on key strategic projects including the divestiture of its Satipharm and Phytotech subsidiaries, as well as a bought deal financing with Research Capital Corporation and ATB Capital Markets Inc.

“These projects further strengthened the company's liquidity position to support the growth of its global CPG business and build on the ongoing success of its LivRelief cannabis-infused topicals,” added Davey. “We are encouraged with this ongoing progress and remain committed to the growth of our brands in North American and global markets through focused sales, marketing and expanded distribution channels, while maintaining rigorous cost control and fiscal responsibility."

On March 29, the company announced the conclusion of its strategic review which pressed for an “asset light and streamlined business model.” The review repositioned the company from cultivation and processing to “a lean, non-capital-intensive cannabis-infused and non-infused CPG operation.”

Management said it is focused on its core competencies, while utilizing “strategic manufacturing partners to advance the company's CPG business model.”