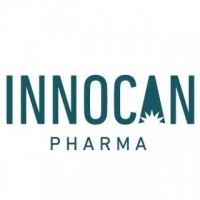 In a statement Monday, the company said these studies follow the results of previous studies that demonstrated the prolonged release of CBD (cannabidiol) for at least three weeks into the blood of mice and rats after a single injection. The new studies will be conducted by the Hebrew University of Jerusalem.

Innocan noted that the original study, which was led by Dr Ahuva Cern, senior researcher at the Hebrew University, found significant amounts of CBD in mice's blood and muscles up to 21 days after they were injected intramuscular with a single injection of CBD using LPT. The same findings were also demonstrated in rats.

These results, the company said, are substantial when compared to oral or smoking administration of CBD, in which CBD was found in the blood only for a period of up to 36 hours after one administration.

It added that the results of this study may indicate that Innocan's LPT, with an injection only once or twice a month, may relieve pain or other symptoms when using CBD. These results may open the door for future experiments to prove a lack of toxicity and therapeutic efficacy of this formulation.

Innocan Israel, a wholly-owned subsidiary of Innocan, has entered into a worldwide exclusive research and license agreement with Yissum Research and Development Company, the commercial arm of the Hebrew University, in respect of the design, preparation, characterization, and evaluation of hydrogels containing CBD- (or other cannabinoid) loaded liposomes.

Innocan said this development is led by Prof Chezy Barenholz, head of the Membrane and Liposome department at the Hebrew University, who invented over 55 patent families, two of which underlie Doxil - the first US Food and Drug Administration-approved nano-drug aim for cancer treatment.

This LPT unique technology platform may be effective for several applications (such as epilepsy, pain relief, and different inflammation and central nervous system disorders). A patent was filed by Innocan Israel on the LPT technology in October 2019.

"I believe that these additional animal and efficacy studies are extremely important and may result in a major milestone,” Berenholz said. “This may open a wide range of clinical applications, while maintaining the CBD level in the blood for a long period of time which may lead to better patient compliance. If successful, the technology may be beneficial for various indications."