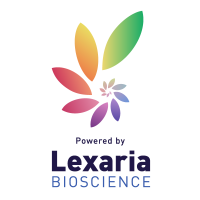 Lexaria added that each study will evaluate the rate of absorption and speed (pharmacokinetics or PK assessments) with which various new enhanced DehydraTECH experimental formulations – DehydraTECH 2.0 – deliver the drugs into the bloodstream and, in some cases the brain, after oral dosing.

“Our 2021 study program – already the largest in our company’s history – is growing,” said CEO Chris Bunka. “All of our studies are designed to generate must-have data, allowing us to have more meaningful business discussions with various industry leaders and as such, can shorten the time required for positive commercial developments.”

Highlights of the four studies are as follows:

Test articles are planned to be manufactured in April and animal dosing is expected in July.

Lexaria will investigate whether DehydraTECH-processed NSAIDs might achieve higher bioavailability and brain uptake than conventional formulations and, in turn, be able to be used at lower dosage levels, to lower unwanted side effects.

Test articles are planned to be manufactured in July and animal dosing is expected in August/September.

Lexaria said it has a successful track record through strategic partners and licensees, who use DehydraTECH technology and have demonstrated improved delivery and performance of THC in both subjective human studies and marketed consumer packaged goods product offerings.

Furthermore, Lexaria has repeatedly demonstrated that DehydraTECH-processed cannabidiol (CBD) has superior delivery characteristics into the bloodstream and brain compared to generic CBD, and expects to generate similar results with THC. Successful results from this study will support efforts to commercialize DehydraTECH within the registered THC industry.

Test articles have been manufactured and dosing is expected in September/October.

Lexaria said it has repeatedly demonstrated that DehydraTECH-processed nicotine has superior delivery characteristics compared to generic nicotine when dosed orally and swallowed for intestinal delivery to the bloodstream.

The upcoming test will measure the delivery of nicotine directly into oral mucosal tissues to evaluate potential superior delivery characteristics without the need to swallow.

Test article manufacturing is planned for October and animal dosing is expected in November/December.

The company noted that phosphodiesterase-5 inhibitor (PDE5) drugs work using a process of vasodilation and most are considered to be slow-acting, requiring 1-2 hours to reach peak levels in the bloodstream for maximum effectiveness.

Lexaria said it has repeatedly evidenced a greatly reduced delivery time of another drug that encourages vasodilation – DehydraTECH CBD – and theorizes whether DehydraTECH might likewise deliver PDE5 drugs more quickly and effectively. Some of the most popular existing erectile dysfunction drugs have seen their primary patents expire. DehydraTECH for PDE5 drugs is patent pending.