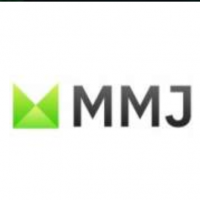 Embark continues to work toward a public listing in 2021 after deciding to pursue a direct listing of Mesa Exploration on March 11.

Embark Health is a leader in solventless cannabis extraction with a focus on production of 2.0 products for the B2B, medical and adult-use markets.

() () investee Embark Health Inc has continued to deliver its strategic business development priorities on several fronts during the first 11 weeks of 2021, including entering into supply agreements with the provincial boards of British Columbia, Alberta and Manitoba.

The company has also entered into a supply agreement with Shelter Market for supply into the national medical market through the Shelter Medical platform operated by Agro-Greens Natural Products Ltd.

Embark has shipped The Hank Co Bubble Hash to the province of British Columbia and Alberta in addition to Shelter Market and is targeting shipments to Saskatchewan and Manitoba through April as the business anticipates the receipt of a purchase order.

The team has conducted three regional tours throughout the province of B.C. and is currently touring Alberta. The next store tours will be in Ontario in support of the Hank Bubble Hash and Hazel Hash Stick launches in Ontario the beginning of April.

Store tours will follow in Saskatchewan and Manitoba to support April delivery dates to these provinces.

The Embark sales team is also conducting in-store pop-ups with the BC Cannabis Stores over the next two weeks with a focus on The Hank Co. Bubble Hash.

In March 2021, Embark entered into an engagement agreement with Mackie Research Capital Corporation to act as the lead agent and sole bookrunner on a best-efforts basis for a private placement offering of subscription receipts for minimum aggregate gross proceeds of $3 million.

A syndicate led by Mackie Research Capital Corporation will spearhead this effort.

Embark continues to work toward a public listing in 2021.

On March 11, 2021, Embark management decided to pursue a direct listing rather than the Reverse Take Over (RTO) of Mesa Exploration.

Therefore, Embark and Mesa Exploration mutually agreed to terminate without any break fees owed. Embark aims to complete the public listing process by the end of June 2021.