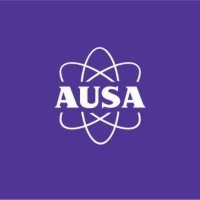 Following the legalization of recreational adult-use cannabis in New York, Australis said it is in discussions with a number of potential partners to enter a market expected to capture $1.2 billion in sales by 2023

() (OTC:AUSAF) has released a corporate update, revealing that its revenue for the fiscal year ended March 31, 2021, is expected to have doubled year-over-year, as well as highlighting a batch of other recent news developments.

A big reason for that, according to Australis’s CFO on Jon Paul, is the company's 51% stake in commercial crops facility management firm 2750176 Ontario Inc (ALPS), even though the deal was closed less than a month before the fiscal year ended.

"Despite ALPS only contributing approximately 3 weeks to our year-end, AUSA's revenues are anticipated to more than double for the entire fiscal year ended March 31, 2021,” Paul said in the update. “With an array of current projects in progress and an expanding pipeline of new projects anticipated to be signed, the impact of ALPS on the first quarter of our fiscal 2022 will be even greater.”

“Meanwhile," the CFO added, "we expect the sale of a land asset held through our other acquisition, Green Therapeutics, to close shortly, which will add approximately C$2.5 million in cash to our working capital position. With the anticipated growth at ALPS and GT, as well as other liquid assets held, AUSA is in robust shape financially for its current level of operations."

Following the legalization of recreational adult-use cannabis in New York, Australis also revealed that it is in discussions with a number of potential partners to enter a market expected to capture $1.2 billion in sales by 2023 and $4.2 billion by 2027.

“We intend to play a leading role in the eastern US market, which will take a variety of forms,” Australis CEO Terry Booth said. “We initiated discussions and negotiations with potential partners over 8 months ago in anticipation of this significant advancement in the American adult usage cannabis market. We will now accelerate these negotiations to determine the opportunities that these potential partners bring to strengthen our applications and negotiations.”

Booth noted the importance of diversity within the cannabis space and the necessity of supporting communities of color to achieve equity in the sector.

He said: “We also applaud the social equity components of the new legislation in New York. Diversity and Inclusion will not just be a check mark on our applications, it will be a pillar of our corporate culture. We also believe the cannabis industry owes a debt to advocates, activists, innovators and early adopters. This legislation will enable many of these and otherwise disadvantaged groups to participate in the New York and eastern US markets, which we strongly believe is in the best interest of both the industry and society at large.”

“We intend to enter new jurisdictions in a capital light fashion and will assess each opportunity on its accretive merits. This is an exciting time to be involved in these markets and we look forward to providing consumers in the eastern US with access to our award-winning brands. The US cannabis industry will never be as small as it is today," Booth added.

CFO Jon Paul also weighed in on the Secure and Fair Enforcement (SAFE) Banking Act of 2021, passed by the US House of Representatives in bipartisan fashion, 321-101, on April 28. The bill would allow access to banking services for licensed cannabis businesses operating in states that have legalized the sale of marijuana. In the Senate, the bill is co-sponsored by Nevada Senator Jacky Rosen, a Democrat. Australis is based in Las Vegas.

Many cannabis operations have been hamstrung in their development by lack of access to capital and by the inability to process credit card payments or other card-based transactions, the company said. Additionally, passing the act would likely lift compliance restrictions with many investment houses that have been eager to enter into the space.

“Passing of the SAFE act will be a game-changer for the industry,” Paul said. “Not only will it facilitate normal banking for cannabis companies, but it is also expected to provide much greater access to capital, likely at lower cost than is presently the case. Rapidly growing companies, such as AUSA, are well-positioned to benefit from this change and we look forward to capitalizing on new opportunities created if this act is adopted by the House and the Senate."

"I'm excited to join as the Chair of AUSA's diversity and inclusion advisory board,” Rolston said. “I will strive to advance the group's established and future efforts. The company's decision to formalize its efforts towards diversity and inclusion speaks volumes of its dedication to social equity. Together, we will be able to build a more forward-thinking corporate structure, serve as role models to our peers, and aim to set the standard in our industry and beyond."

The board’s goal is to ensure the company is aligned in supporting the communities that have been greatly impacted by the war on drugs, Australis said. The idea is to create a gold standard of social equity in the US and beyond.

Meanwhile, the company noted that ALPS has signed a contract with Sigg, a nursery in Finland supplying 8 million plants per year to tomato and cucumber growers, for the provision of its APIS maintenance offering. Sigg will utilize the new services module, which offers predictive scheduling and preventative maintenance to help optimize cultivation operations.

"Interest in our APIS CMMS offering is growing, both within the cannabis and traditional horticultural industries because of the very significant return on investment our platform delivers,” ALPS president Thomas Larssen said. “Having applied our over three decades of growing experience, we have been able to identify the bottlenecks and risk points in a grower's operation. Through APIS, we prevent these from occurring, delivering significant economic benefits to our customers, while generating a recurring and high-margin revenue stream for the company."

Australis also pointed out that Green Therapeutics (GT) - which the company is in the process of acquiring - has signed a management agreement with a Nevada-based cultivator and producer of premium cannabis products. GT will operate the partner's cultivation facility, with products sold under the GT brands, and GT will receive a royalty on all products sold, it added.

"This agreement is a good reflection of our exceptional operational capabilities, our standing in the market and the strength of our brands,” AUSA COO Drake Fu said. “The agreement provides GT with the ability to grow high margin revenues, without having to deploy Capex for cultivation infrastructure."

The company noted that GT is also in the final stages of completing the acquisition of a 23-acre plot of land in Nevada. The intention is for ALPS to help develop facilities for third-party operators, while securing access to a steady supply of competitively priced biomass to fuel GT brands in Nevada.

As part of the unwinding of the original transaction between GT and AUSA, the company said it is in the process of completing the divestment of a non-operational plot of land. The transaction is expected to close shortly and add roughly C$2.5 million to AUSA's balance sheet.

Australis also revealed that it installed has its first self-service Cocoon kiosk outside of the US, bringing it to a British Columbia (BC) branch of Kiaro, an independent dispensary chain with seven locations in BC and Saskatchewan.

"Utilizing technology to redefine how we transact with our customers is very much part of our corporate philosophy,” Kiaro CEO Daniel Petrov said. “We are therefore very pleased to be the first company in Canada to deploy the Cocoon kiosk and be able to assess its potential of having a major positive impact on the customer experience."

Australis Capital to merge with Folium Biosciences in 'transformational deal'