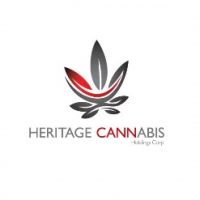 Under the agreement, Heritage will supply production equipment and staff training to 3Fifteen while being granted shelf space for its branded products in 3Fifteen’s Missouri dispensaries

Under the partnership agreement, Heritage will supply production equipment to 3Fifteen, provide training and supervision of staff on its proprietary methods of extraction and oil production, and shelf minimums with be granted for Heritage’s branded products in 3Fifteen’s Missouri dispensaries.

“With strong market growth projected in Missouri, we believe this is the right time to enter the US and with a strategic partner like 3Fifteen, we are creating a blueprint we can use to continue our state-by-state expansion,” Heritage Cannabis Holdings President of Recreational Cannabis David Schwede said in a statement.

“With our extraction expertise and inspired branding capabilities, along with 3Fifteen’s impressive market penetration, we expect Heritage’s branded offerings to be in high demand,” Schwede added.

3Fifteen Primo Cannabis holds five dispensary licenses in Missouri, two of which are in operation and three are in the construction phase, and owns one of only 11 manufacturing licenses approved to operate in the State.

The 3Fifteen partnership is the first definitive agreement signed by Heritage as part of the previously-announced expanded relationship with Merida Capital Holdings to enter multiple US cannabis markets.

“Our strategy will continue to focus on new high growth markets in partnership with established teams and low barriers to entry,” Schwede continued.

“Heritage will continue to add new markets in a purposeful and capital-efficient way with a focus on creating value for our shareholders.”

The company added that gross revenue at 3Fifteen’s Missouri dispensaries is projected to increase to more than US$21 million by 2022, while total sales in Missouri are anticipated to reach US$650 million by 2024.

Heritage Cannabis is a vertically integrated cannabis provider that currently has two Health Canada-approved licensed producers, through its subsidiaries Voyage Cannabis Corp and CannaCure Corp, both of which are regulated under the Cannabis Act Regulations.

The company recently acquired Canadian recreational and medical cannabis company Premium 5 Ltd, which Heritage Cannabis expects will make it a leader in the extract and extract derivatives market, as Premium 5 is a premium provider of Cannabis 2.0 hydrocarbon and solventless concentrates in Canada.