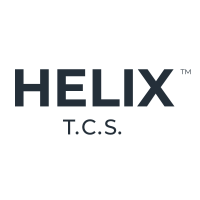 GlobeX Data gears up for SekurMessenger’s Latin America launch with Telcel, taking on WhatsApp for Business

CEO Alain Ghiai said its SekurMessenger was seeing a "surge in demand" with privacy becoming a global concern, and the new WhatsApp rules to share all users' data with Facebook

Ltd () (), the cybersecurity and privacy solutions provider, revealed on Tuesday that it has completed all testing related to SekurMessenger as it gears up for its commercial launch in January in Latin America.

“The secure messaging service has been fully integrated with Telcel’s billing and provisioning platform and the commercial launch is expected to start later this month,” said the company.  The launch will start in Mexico and expand to other countries where America Movil operates through its Claro brand, such as Colombia and other Latin American countries.

READ: GlobeX Data provides Sekur.com in Spanish as it gears up for launch in Latin America and Spain in early 2021

In addition, GlobeX which has offices in Toronto and New York said that through its partnership with distributor Micronet, it will first launch in Colombia and Panama and possibly in Spain. Micronet, headquartered in Spain, manages a network of 3,000 resellers in 11 countries through Central and Latin America.

GlobeX Data and América Móvi are looking at offering a secure and private alternative to other non-secure messaging applications. América Móvil is the seventh-largest global telecom operator with over 277 million mobile subscribers in 20 countries in Latin America and Europe.

One of the many security features of SekurMessenger is that users don’t register for the service using their phone numbers, eliminating a huge loophole in security and privacy. It also does not social engineer a user’s phone or computer contact list — this poses the risk of infecting the contacts by default. Instead, SekurMessenger issues each user a username and a SM number. The SM number is the contact ID a user would disclose for other SM users to be added.

The service comes with a self-destruct timer and other features as well, such as GlobeX’s proprietary VirtualVaults and HeliX technologies with all the data stored in Swiss-hosted encrypted servers.

In a statement, GlobeX Data CEO Alain Ghiai said: “With the news that WhatsApp is finally officially admitting that all users’ data are shared with Facebook automatically, and with the new policy stating that a user will lose their privilege if they do not accept the Terms of Use after February 8 2021 ... We are happy to announce the offering of our highly private and secure messaging and email solution bundle Sekur for all business users and privacy enthusiasts.”

“For our Latin America launch, we have completed our Spanish language platform for Sekur and SekurMessenger. As we are not connected, and never have been connected, to AWS, Microsoft Azure or Google Cloud platforms, commonly referred to as “Big Tech”, we can offer a truly independent, private and secure means of communications through secure messaging, secure voice record transfer and secure email through our proprietary technology and our secure servers based in Switzerland.”

The GlobeX Data boss said that launching in Spanish marks a milestone for the launch of its Sekur and SekurMessenger solutions. “We plan to expand to several countries in Central and Latin America in the coming years,” added Ghiai.

The company cited statista.com, saying there are over 580 million Spanish speakers in Latin America alone.

“With security and privacy becoming a global concern, and the new WhatsApp rules to share all users’ data with Facebook, we have seen a surge in demand and inquiries for our secure and private communications solutions,” said Ghiai.

GlobeX’s data privacy solutions are all hosted in Switzerland, protecting users’ data from any outside data intrusion requests.